Welcome to this week’s episode of Acoustic Tuesday where I share my guitar geek list of gear, artists, and resources to keep you inspired to live your absolute BEST acoustic life!

As always, you can catch the show at 10am every Tuesday in these four places:

Featured in This Episode…

#4 The Secret of Barre Chords

See these Learning and Playing Tips

#3 What’s On the Turntable This Week?

This week’s featured acoustic artist is Sierra Ferrell who I am personally recommending to you. She’s got a voice that is plucked from old time radio – it’s so unique and has a wonderful vintage characteristic.

I want to share with you my review of the Ernie Ball Paradigm Strings. The strings boast two main qualities, they are break resistant and ultra durable. I tested out those qualities, check out the segment to find out what I found out.

This book was sent to me as a gift from one of our AT viewers, Vic G. I would encourage you all to get the book. Seventy of the most influential guitarists are interviewed about their first guitar playing experiences. My First Guitar really shows the human connection to the guitar.

My name is Tony Polecastro and I’m an acoustic guitar geek. I LOVE the idea of learning guitar online but I was fed up with the overwhelming, “more is better” approach that takes the fun out of learning guitar…this is my journey from 60 to 18,837 guitar students... Read My Story 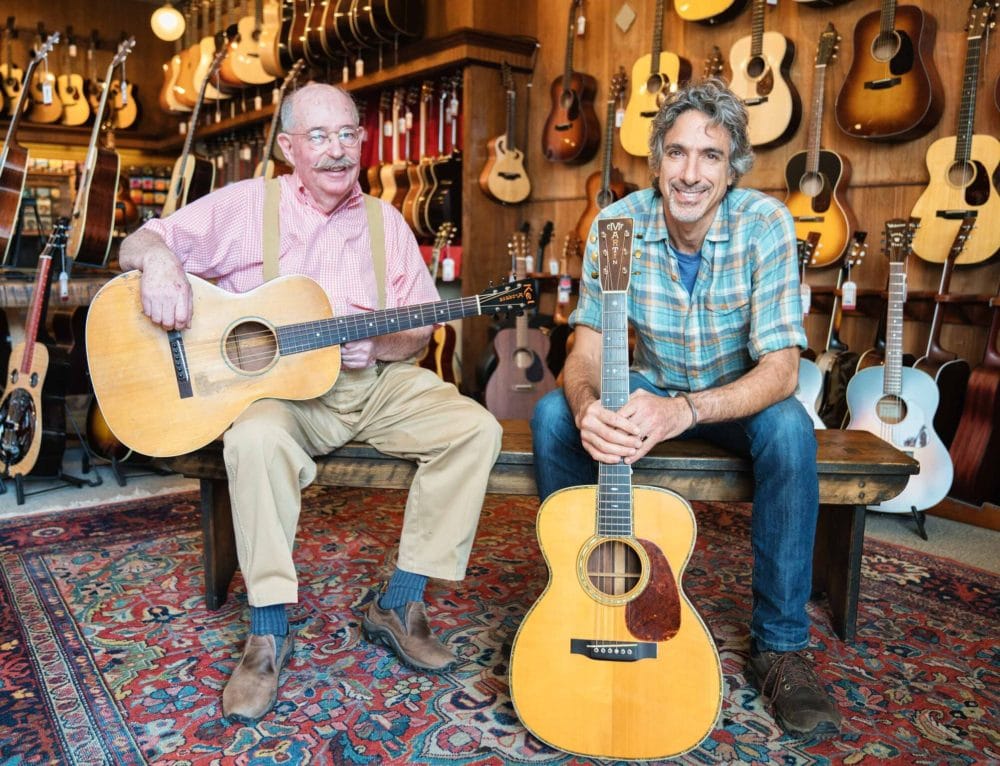